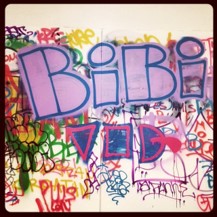 In love about: old patina on metal

Jérémy Vatutin, known under the name of “Monsieur Bibi”, lives and works in Paris.

Professional zinc roofer, his felt in love with old zinc, slate or lead which he collects from the roofs of the capital he’s replacing daily and decided to give those mediums a new life.

By natural climate change or using chemistry to age the metal, Monsieur Bibi shapes it, and apply contrasting effects of matter with geometric pattern made by stencils and spray cans that gives at as result stunning optical illusions.

His new project called “SOLCARLUS” is deployed in the public area: its optical pavement is developed on all concrete surfaces and invite the curious to another dimension for a few steps. His installations are visible in various public and private places in Paris, as well as in the provinces, such as at the Zoo Art Show in Lyon. 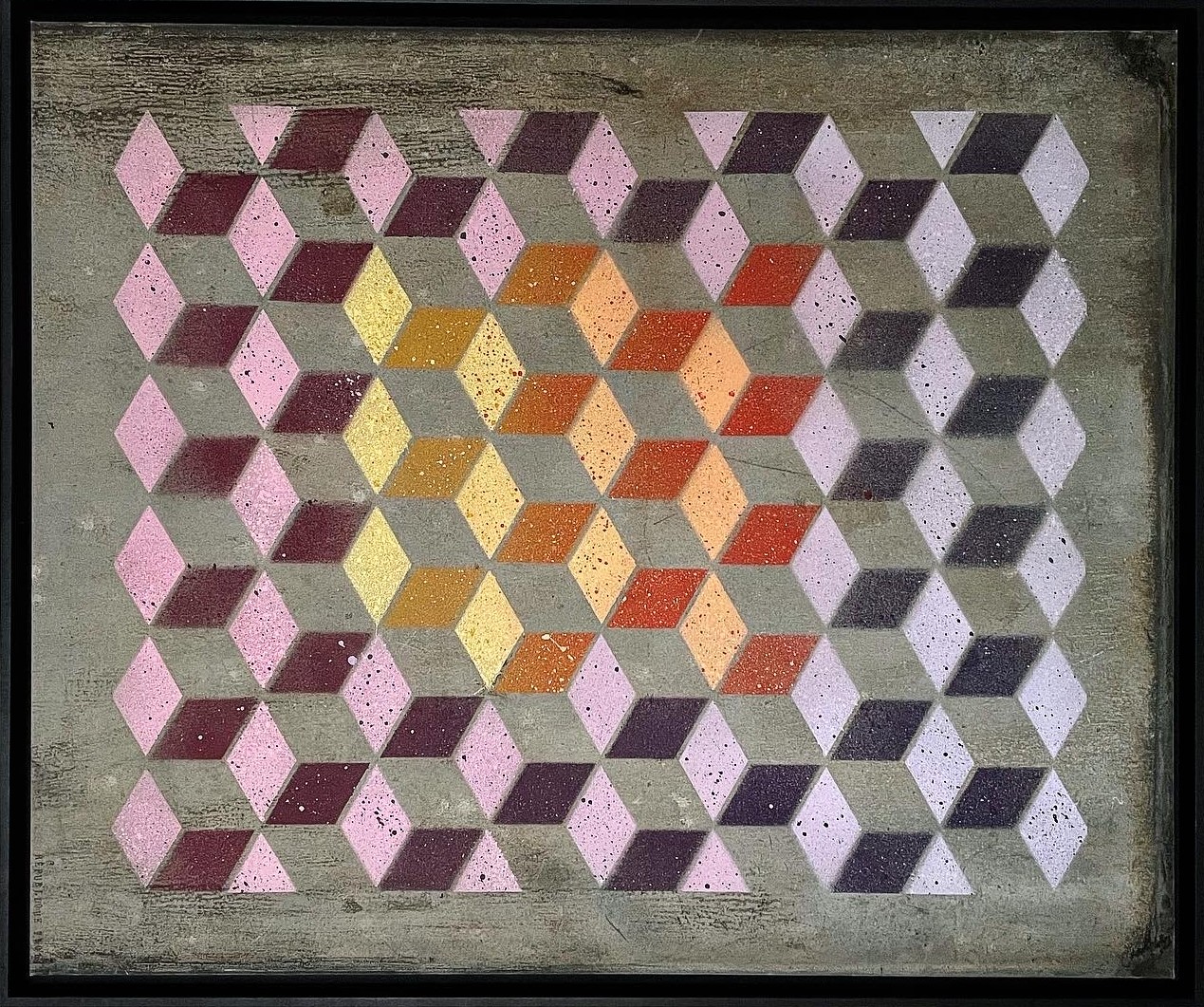 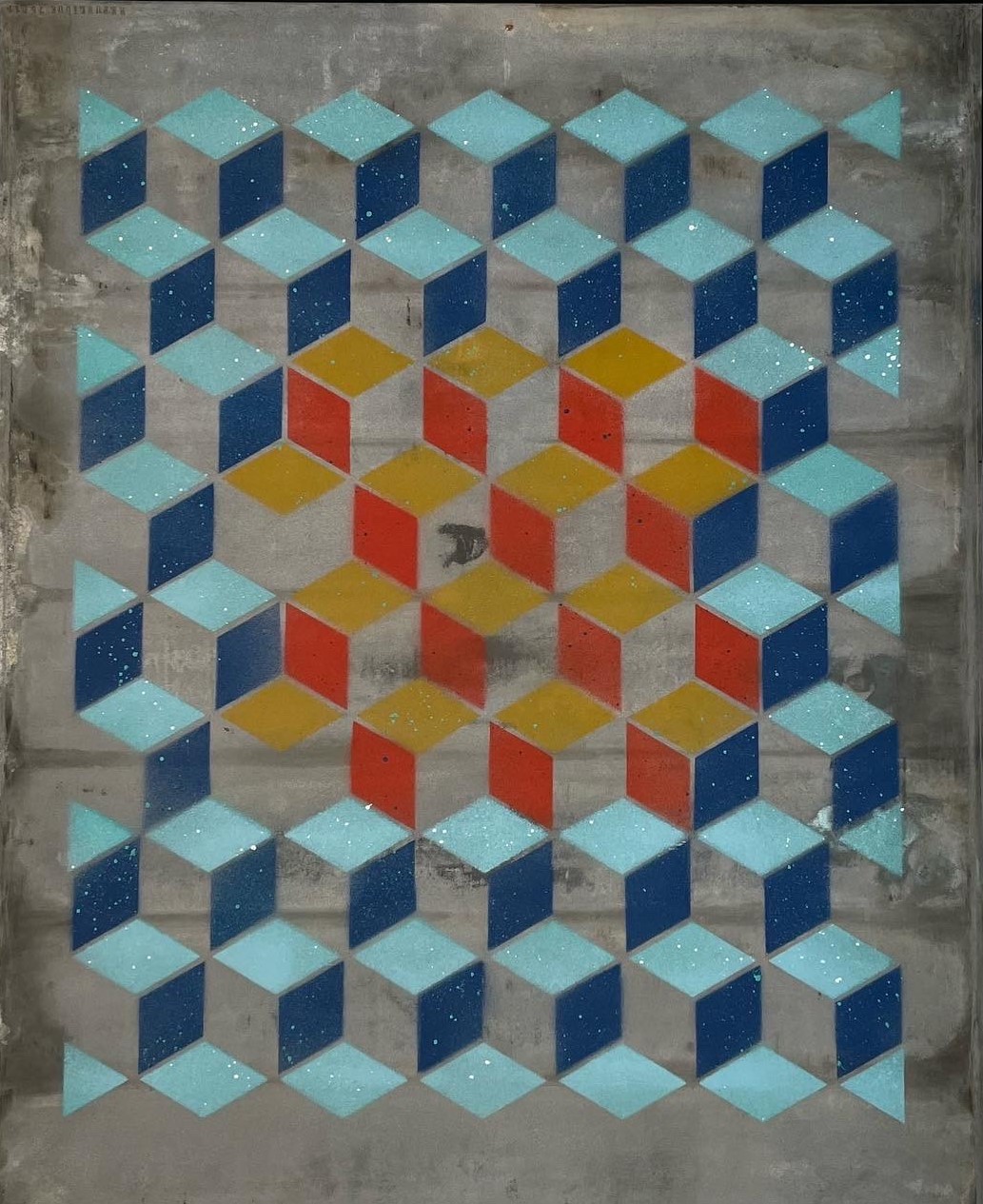 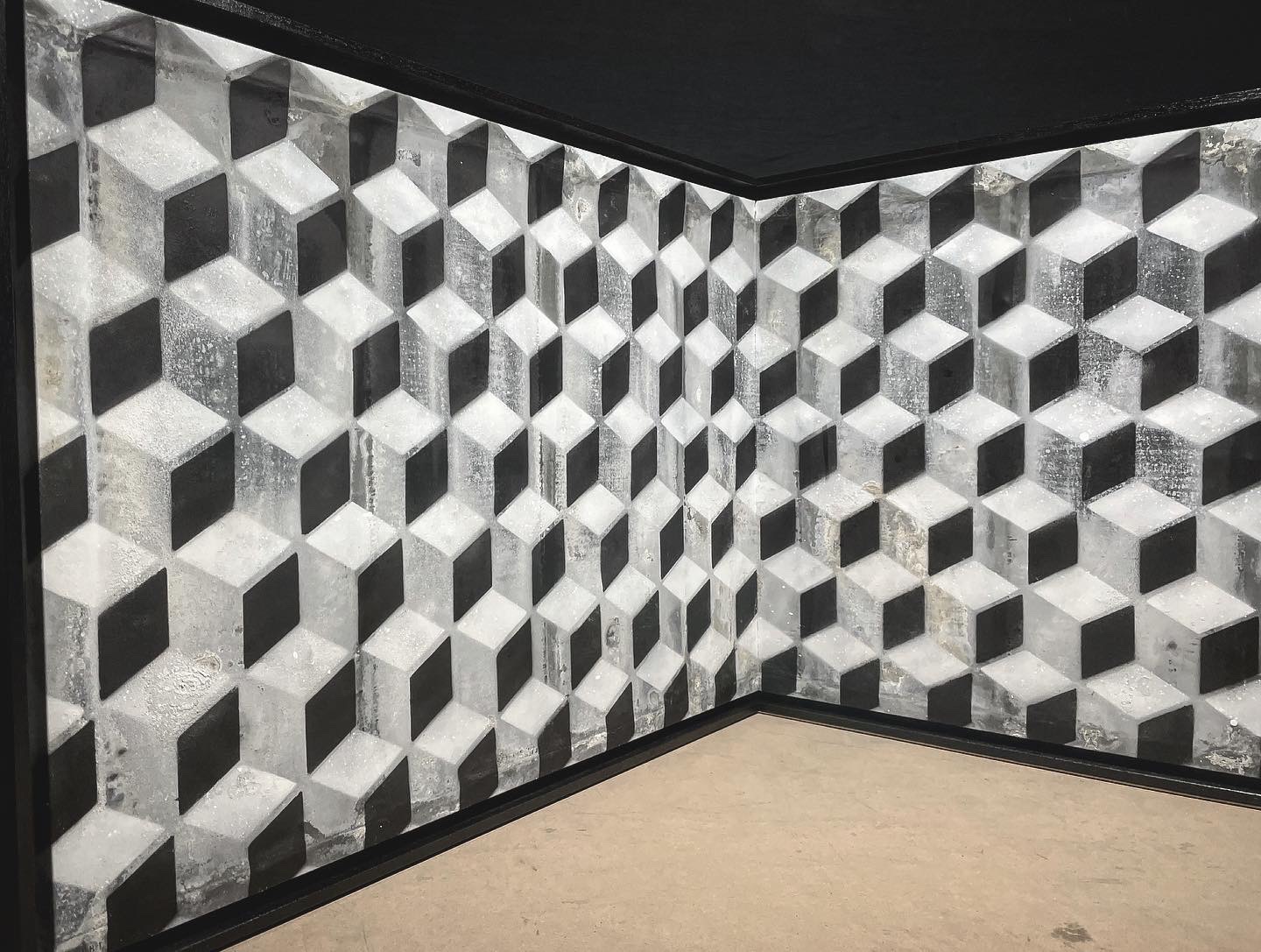 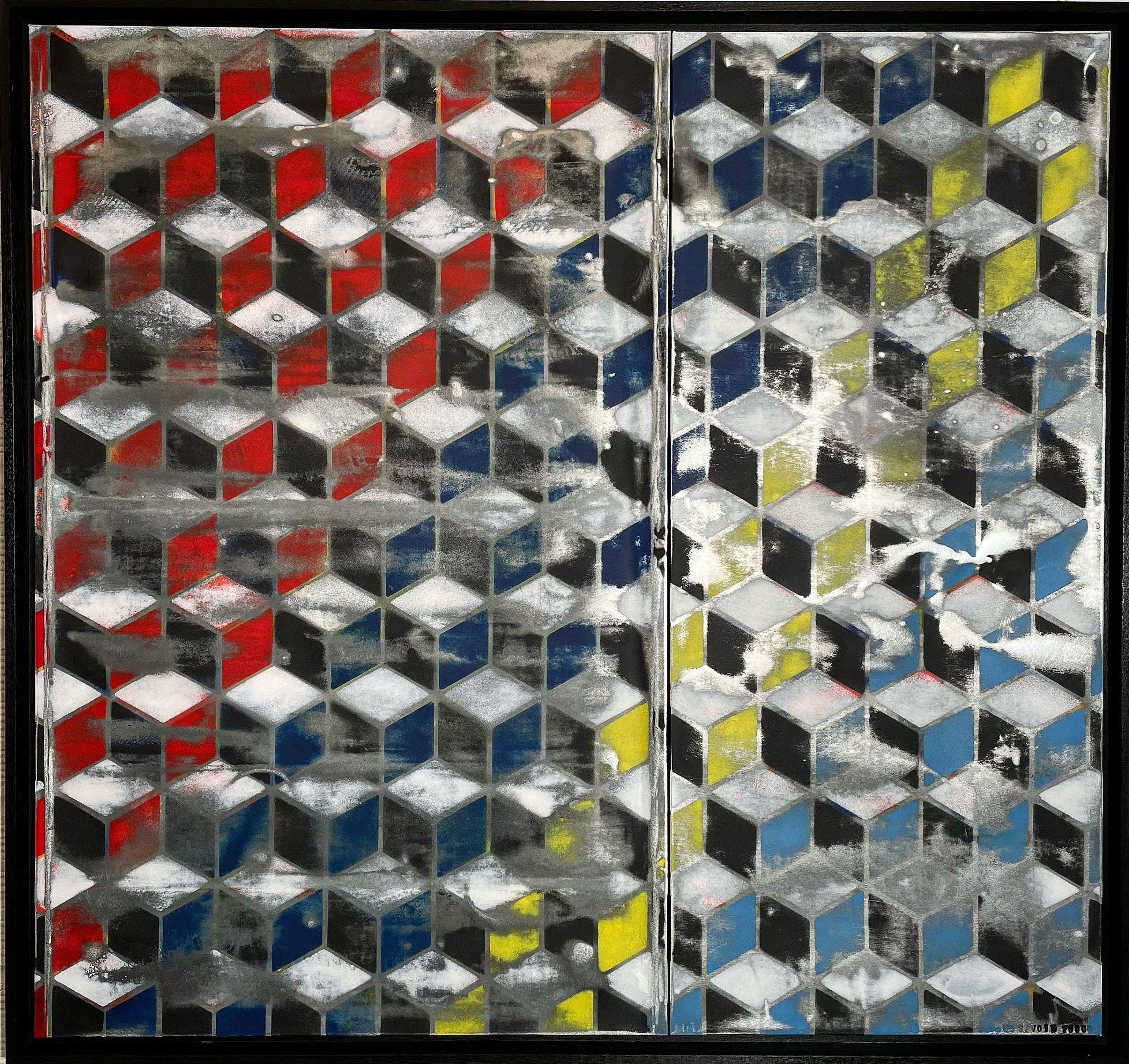 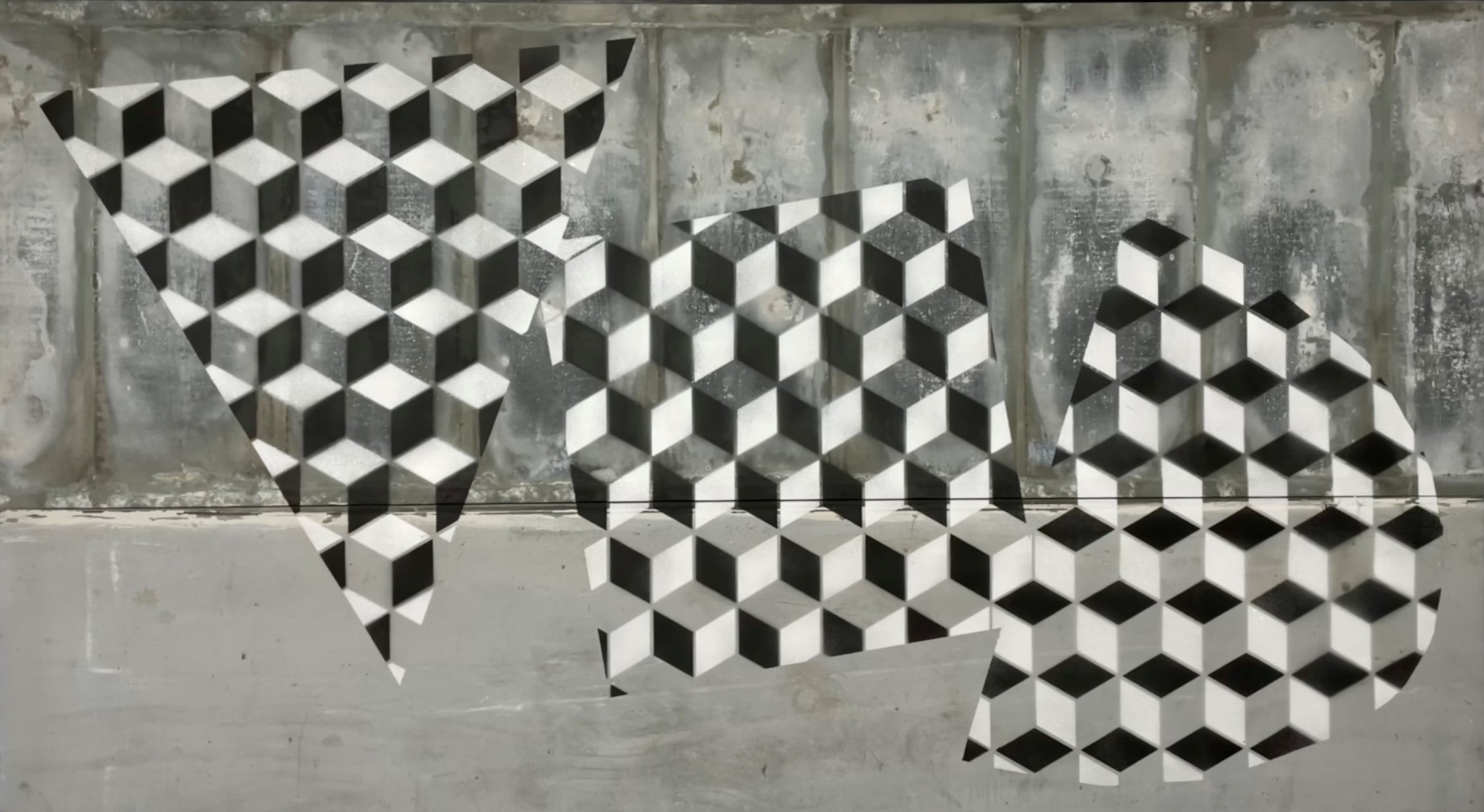 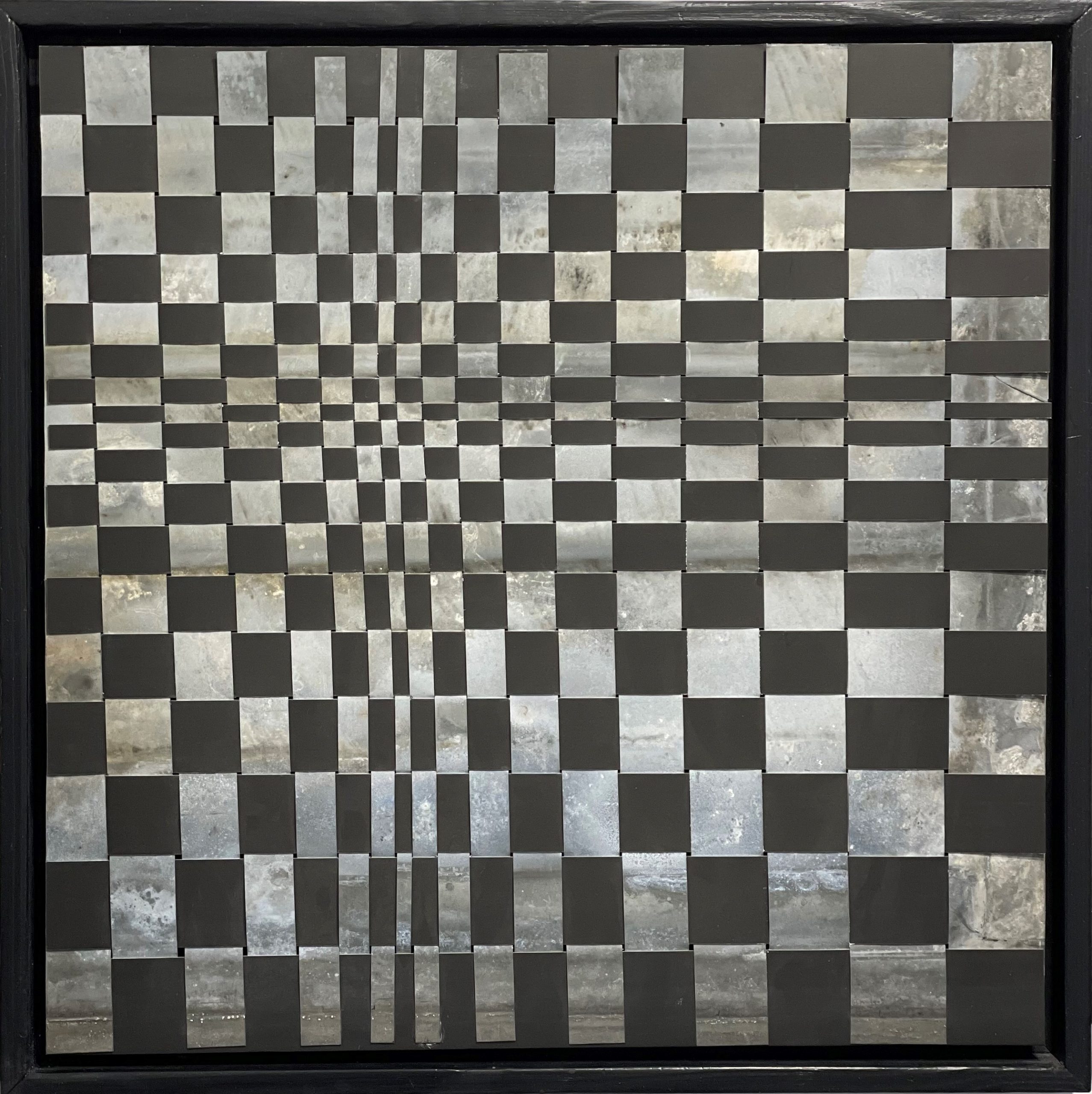 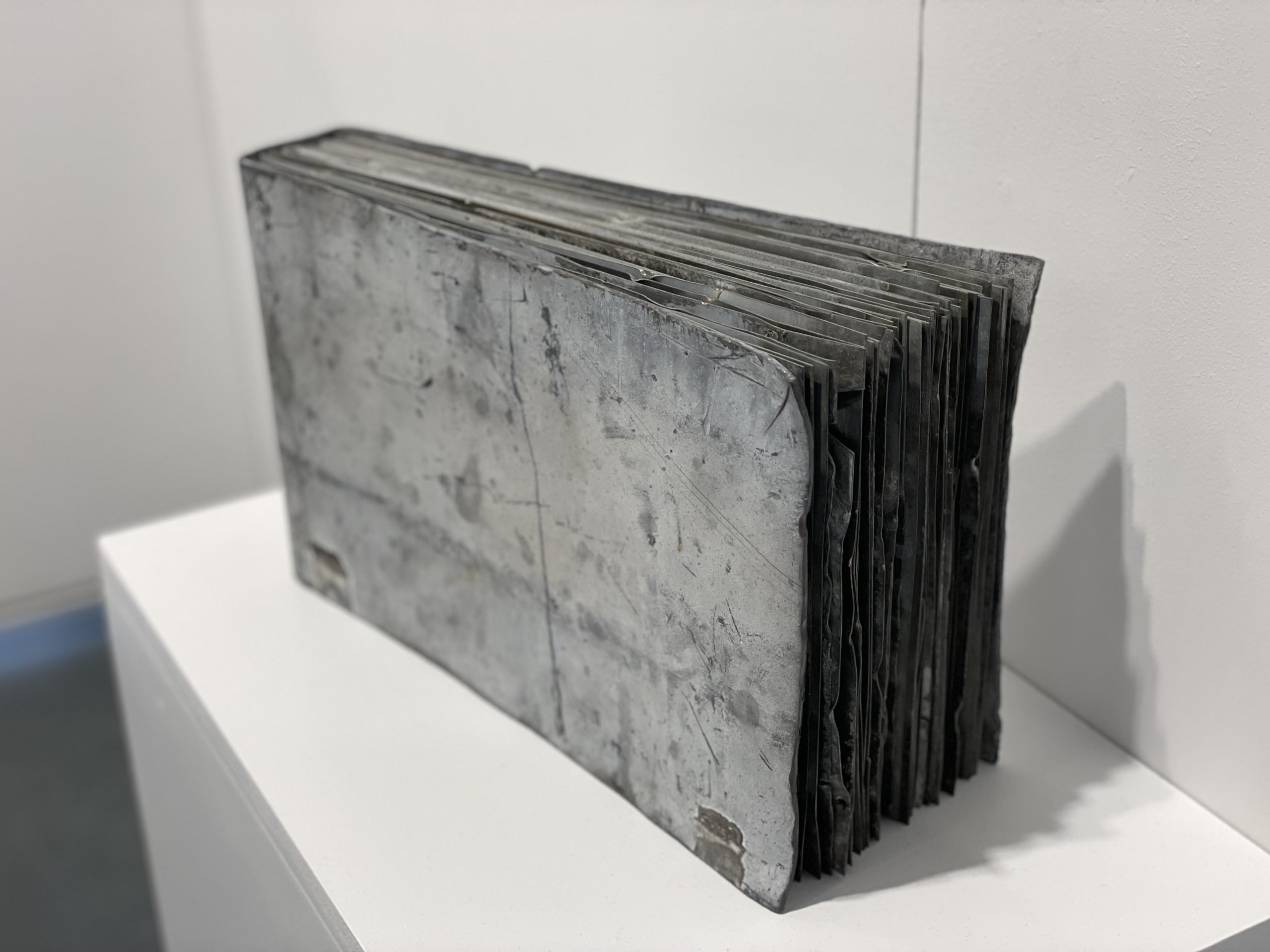 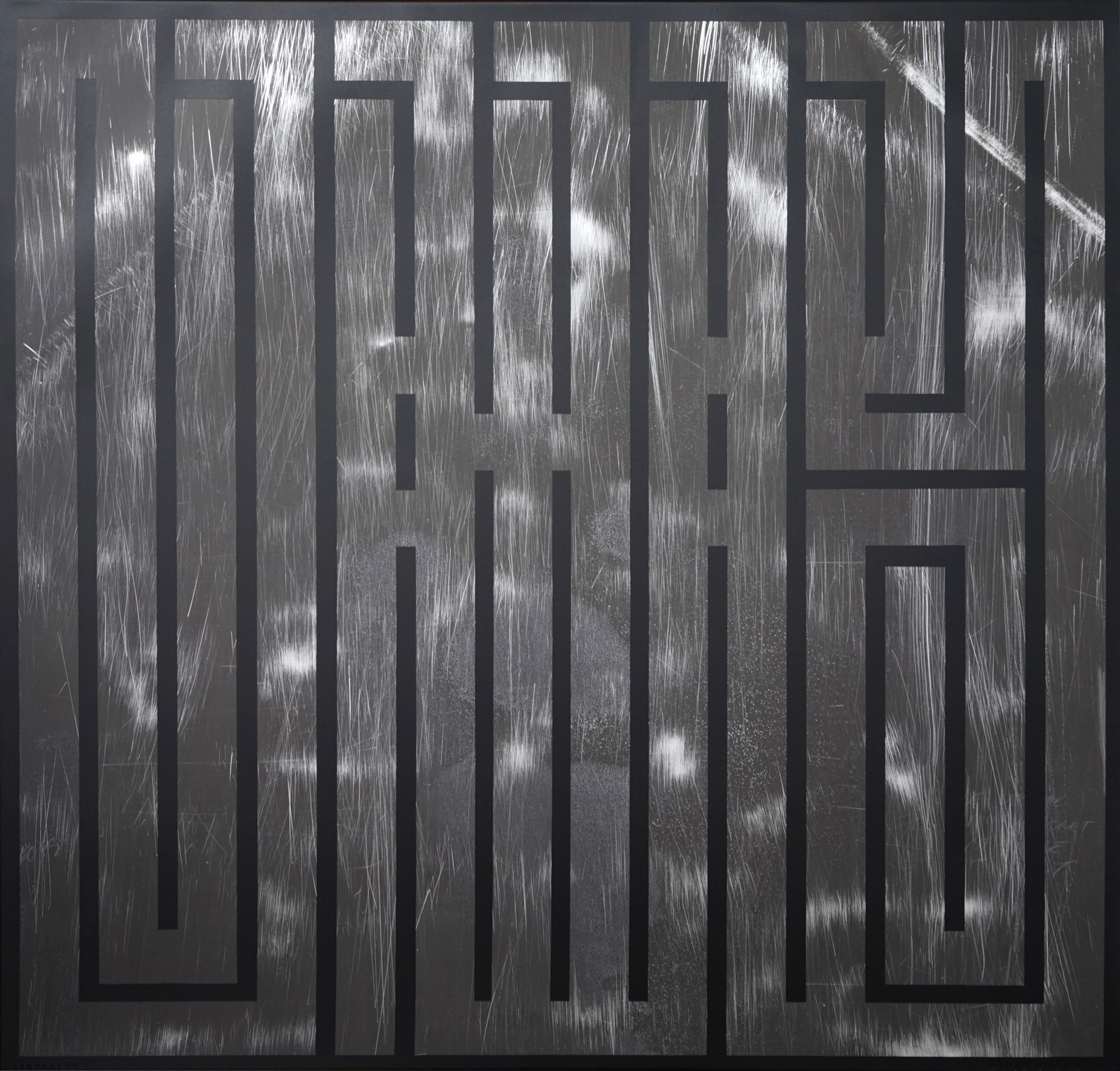