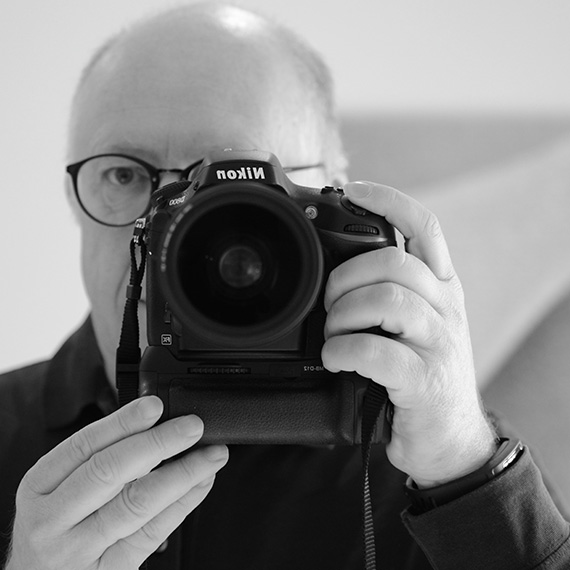 The background is made up of thousands of photographic fragments of feminine curves. In the foreground stands an image that radiates intensity, a symbol of intimacy, a face.

The photo mosaics of Joël Moens de Hase first began to emerge in 2011. They rapidly caught the interest of a national and international viewership, and both were highly receptive. This digital art form, a contemporary alternative of pixel art and pointillism, has the ability to surprise and seduce through the originality and aesthetics of the concept. .

Obsession with the beautiful

In this almost obsessive race for images, Joël Moens covers a wide range of different sources: fashion photos or advertisements, mail order catalogues, electronic periodicals, eye-catching websites and much more besides. Until now, his highly selective eye has roamed over more than 20 million images in order to choose 100,000, which he croped one by one. Following this exercise, he then started to compose in an almost haphazard way, helped by the powerful software he uses and his influence over the result it produces, repeating the operation until the rectangular particles really begin to make sense to him as a whole.

An area of freedom

But whilst the artist attaches greatest importance to representing the form and to its aesthetic qualities, he also prides himself on the ability to surprise, move, transport, unleash the senses and imagination, and create the divine, or even sublime.

At the heart of his artworks, the desire, the passion, the men’s attraction for woman…his woman. The one we secretly desire. The one we approach subtly, the one who devour us from inside. This desire, which is part of the essence of men, his human condition, his little death as the philosophe says.
And at the same time, the subconscious of each man reflected by those thousands of little pictures that compose the artworks. The noble side of eroticism through these women without faces that invite you to dream.

But also the Woman with a capital W. The divine woman and creator, the woman subject or/and object of desire. But also the Independent woman. The one that has right to offer herself to God as the nun does in “Adoration”. The right to be a mother and a mistress or neither one nor the other…
Essentially, what Joël Moens is portraying in his work is love and the diverse range of forms that this love can take. 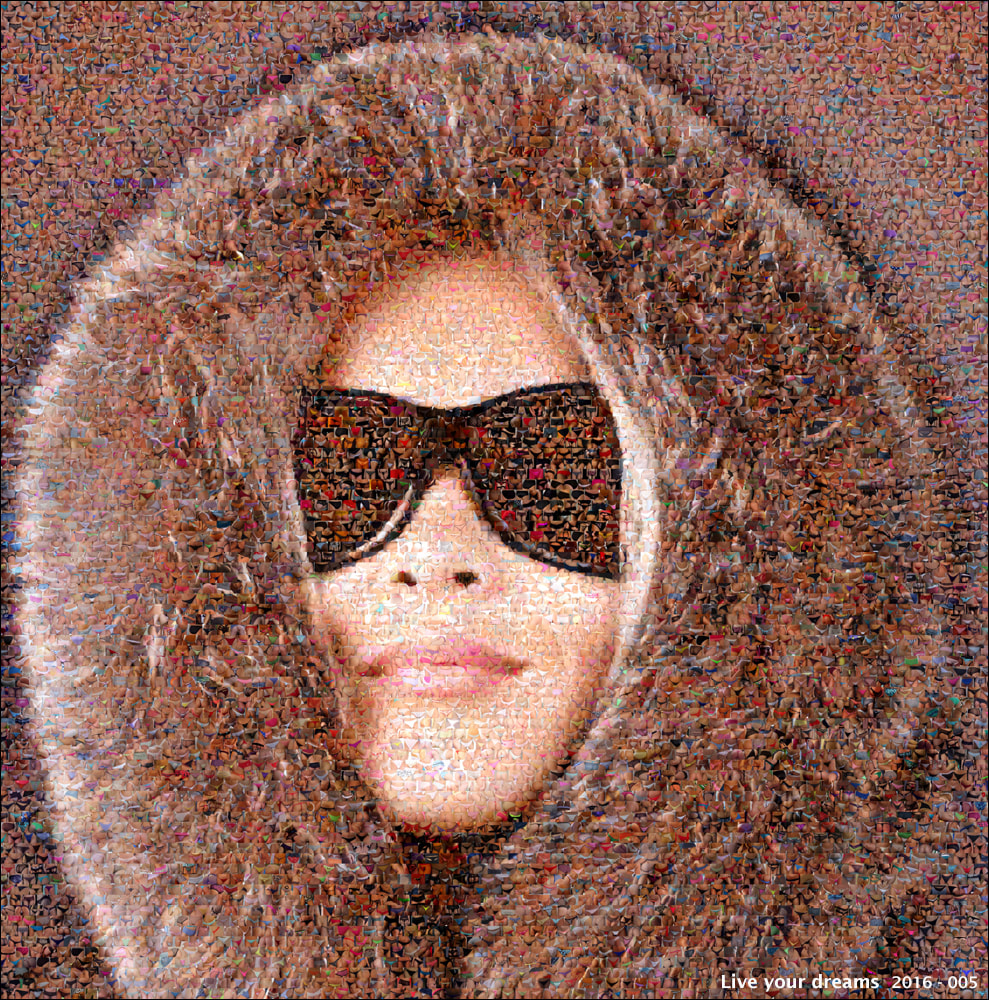 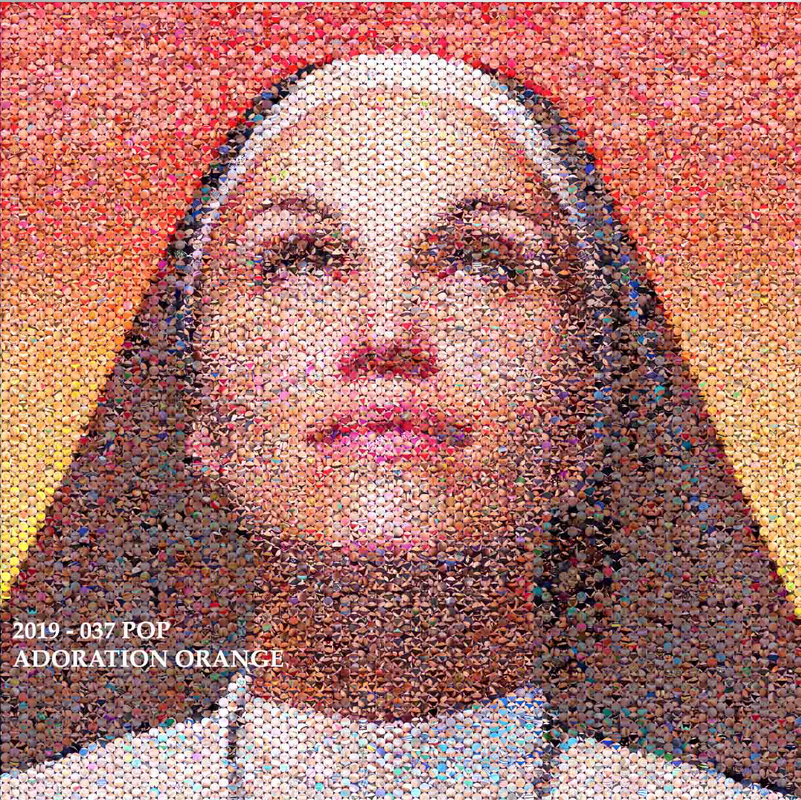 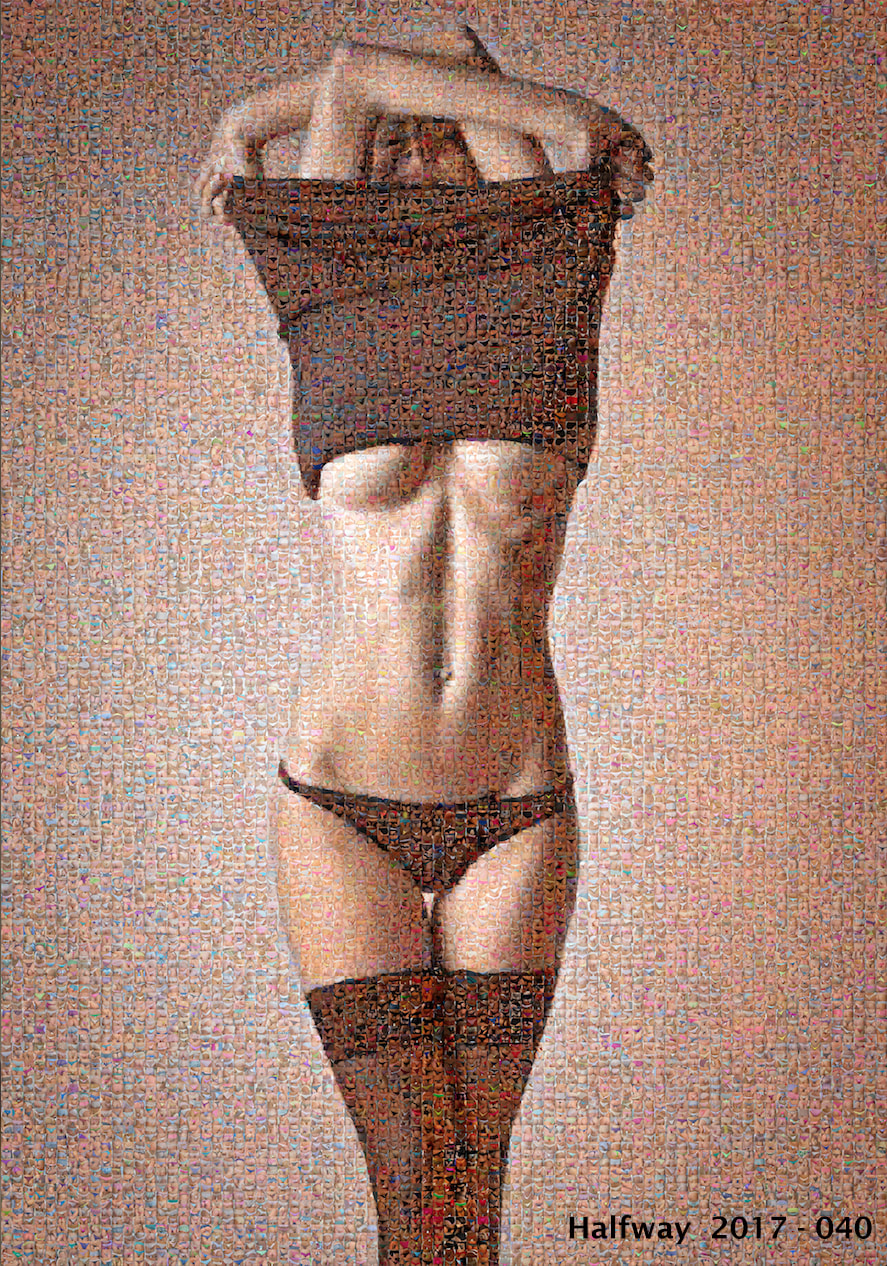 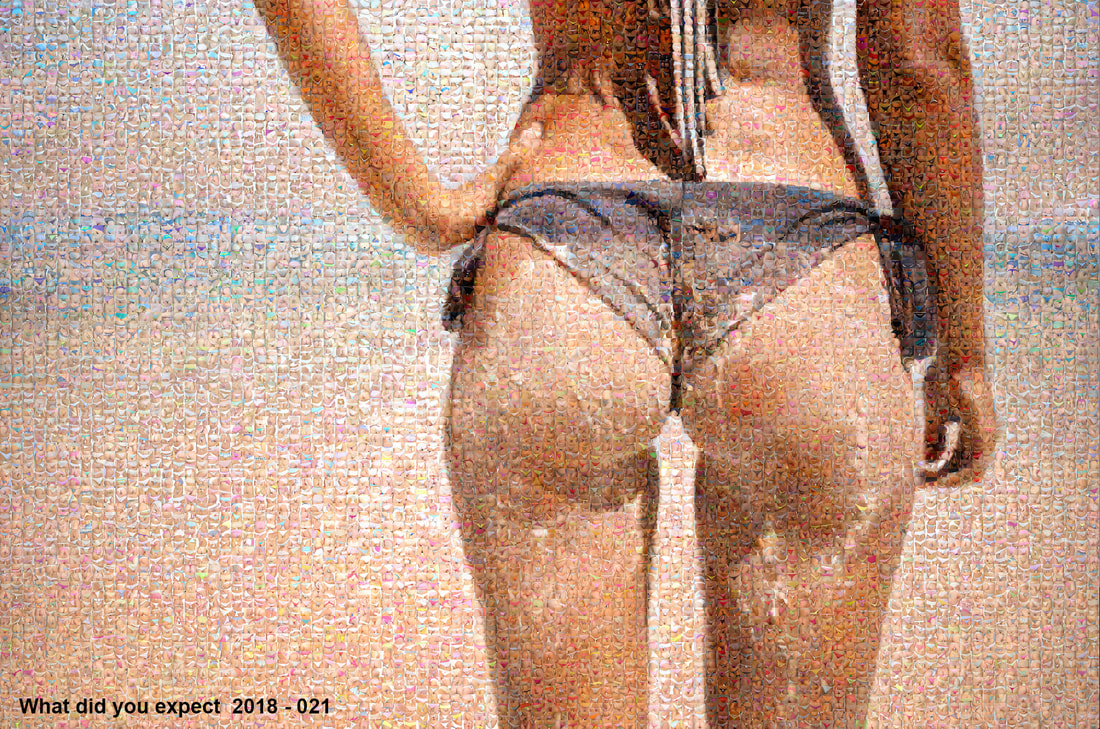 Joël Moens photography - What did you except? 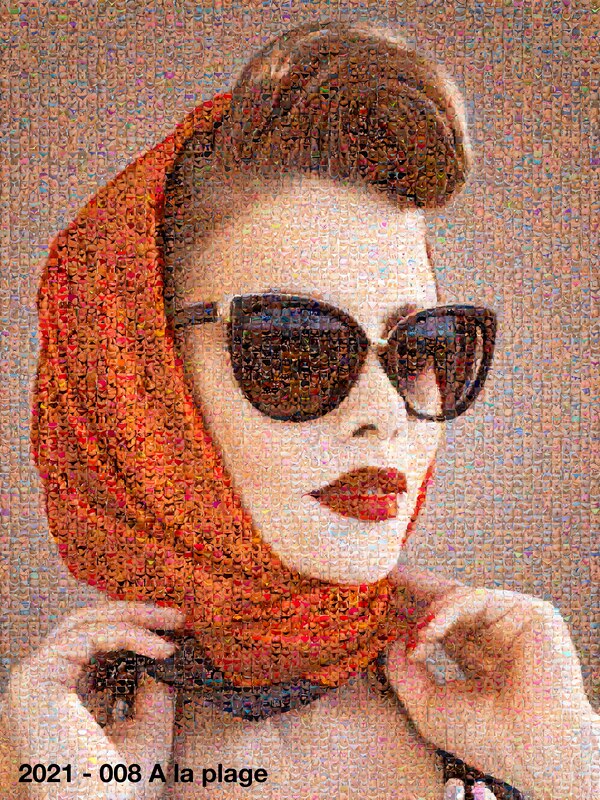