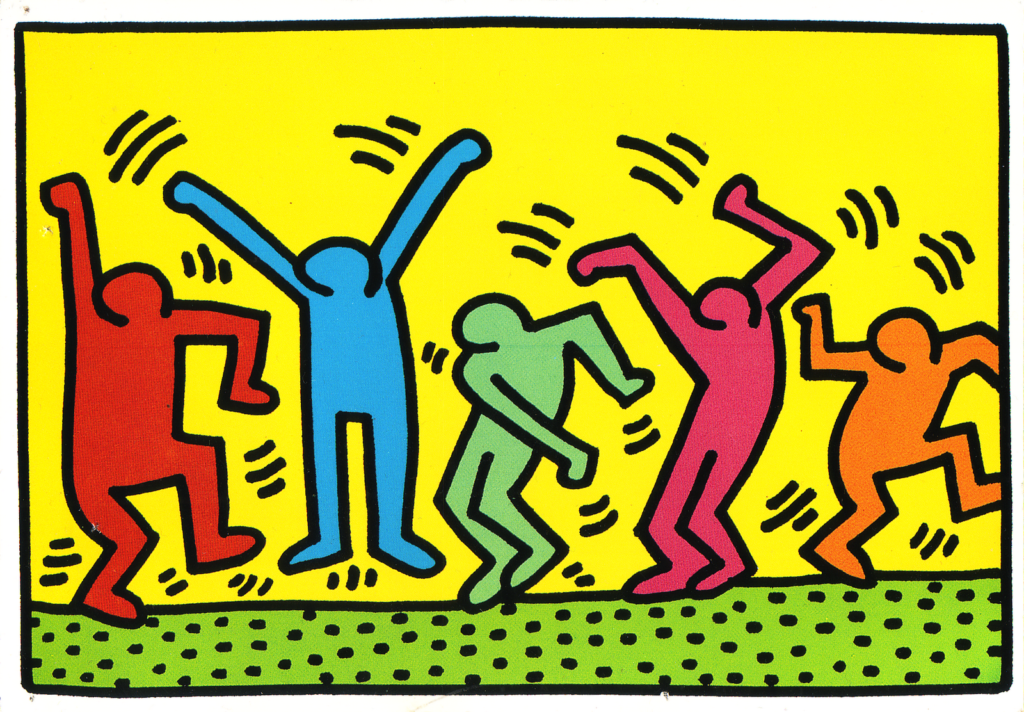 Little faceless guys running on walls, intertwining and supporting one another, but one can sense their agitation. We are in Keith Haring‘s world. Born in 1958 in Reading, state of Pennsylvania, an artist of the 80’s. He was broke during his youth and died at the age of 31.

Keith Haring began his studies in Pittsburgh, where he took lessons in commercial graphic design at Ivy School of Art Professional. An environment which was different from his ambitions and therefore he gave this up very quickly and took refuge in New York. This is the city, where he learned a lot not only due to his program at the School of Visual Art but also on the street. Keith Haring was the son of an asphalt, he found his independence and art in street art.

Urban art helped him develop his style. This required him to work well, quickly and be efficient. This is how he developed a drawing with rhythm and quick strokes. Without any preparatory work, Keith Haring painted instinctively and focused on defined lines, giving his work a unique graphic design.

The subway turned out to be an ideal experimenting ground for the young emerging artist. On advertising spaces like fallow fields, a black and matte board is affixed. This is a true calling of creation for Keith Haring, who equipped himself with white chalk and created 40 drawings per day.

Literally and figuratively speaking, the tunnels of the railroad network and the Harlem streets represented an underground artist community, and this really seduced Haring. These artists emerged outside the system and got together to create. This is how he met Kenny Scharf and Jean-Michel Basquiat and became friends with them. They were fascinated by the same issue but appalled by the same mistakes. Drugs, war, racism and prejudices was going to be the main focus of their battles and works.

A very thoughtful artist, Keith Haring worked all his life for a social cause. He painted in hospitals, orphanages but also on the Berlin wall. In 1984, his characters are colorful, in the same manner as Pop’Art, inspired by the world of media, triggering realization and a message of hope. When he found out that he had AIDS in 1987, he tried to raise awareness with the general public and collected money through an association to fight against this curse.

In the hope of raising awareness for as many people as possible and making art accessible, he opened his Pop Shop in 1986. A store where sold toys, t-shirts and posters of his icon effigies. He was blamed for this approach by the artistic environment but this represented an unprecedented artistic revolution.

AIDS won and Keith Haring passed away in 1990, but he left behind legendary work, exhibitions and collaborations with other artists, to begin with Andy Warhol but also Madonna, Grace Jones, Jenny Holzer or Yoko Ono. 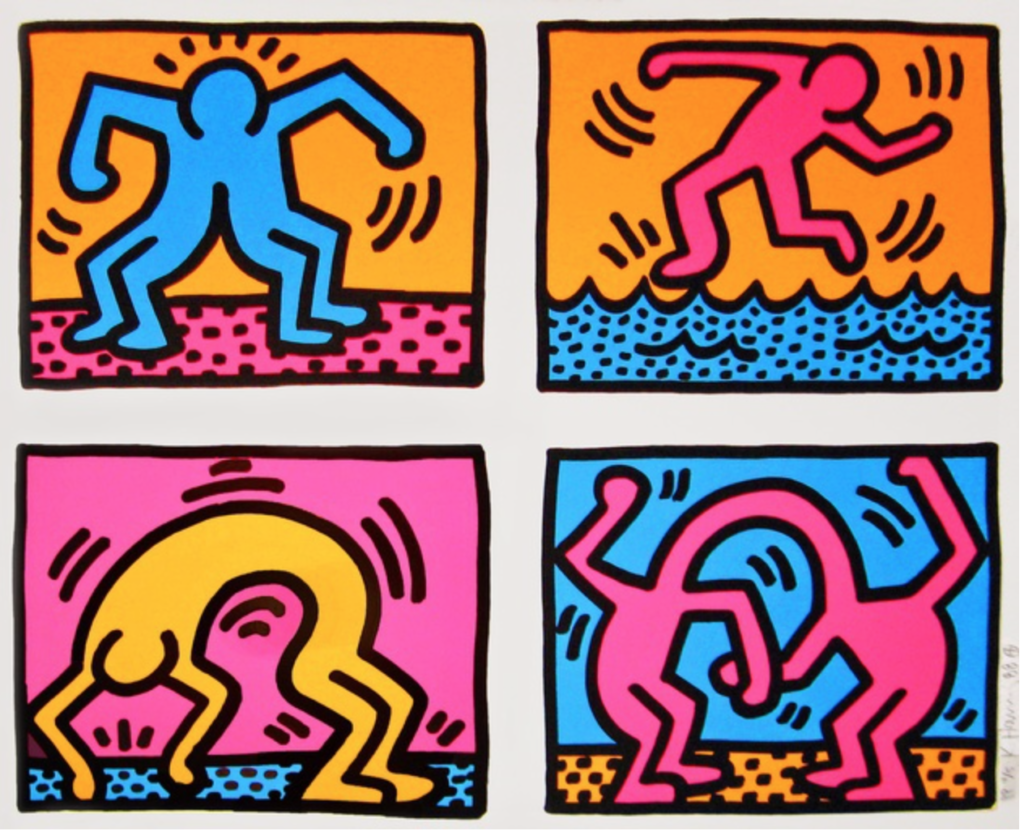 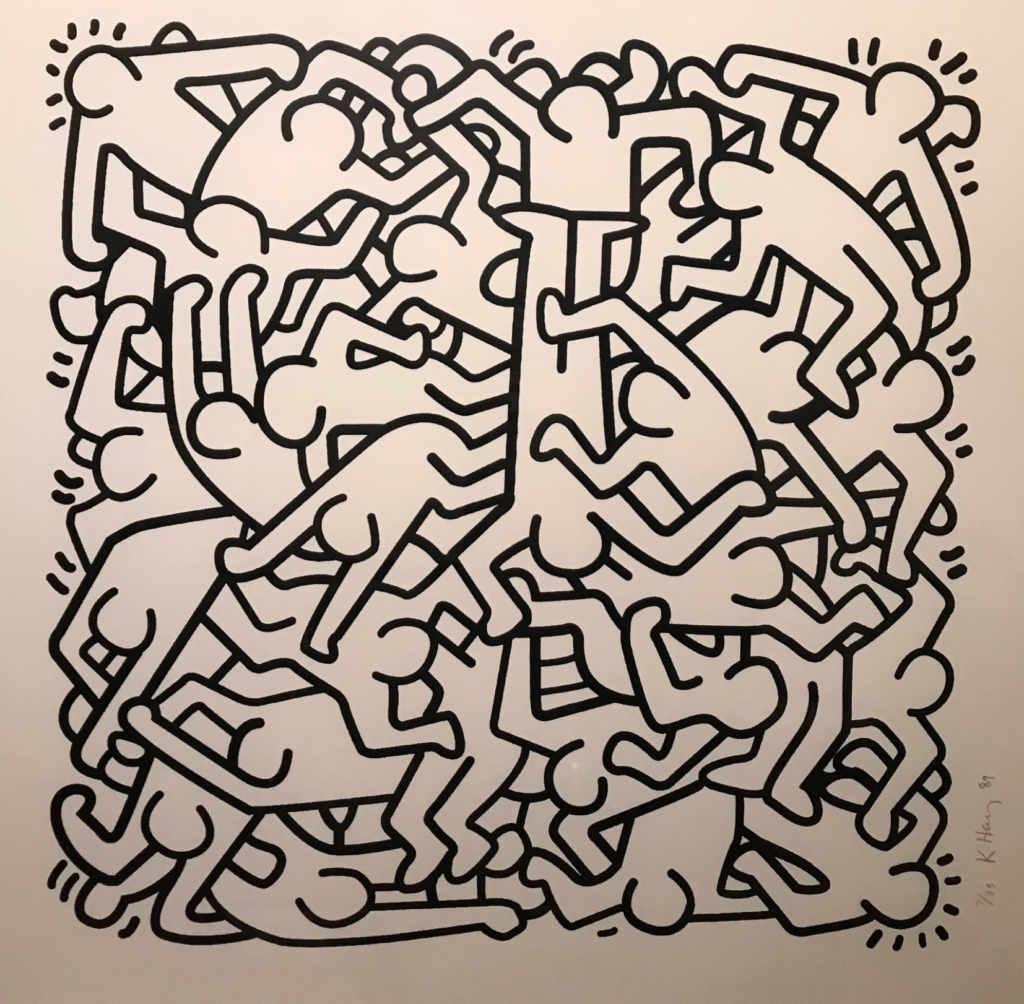 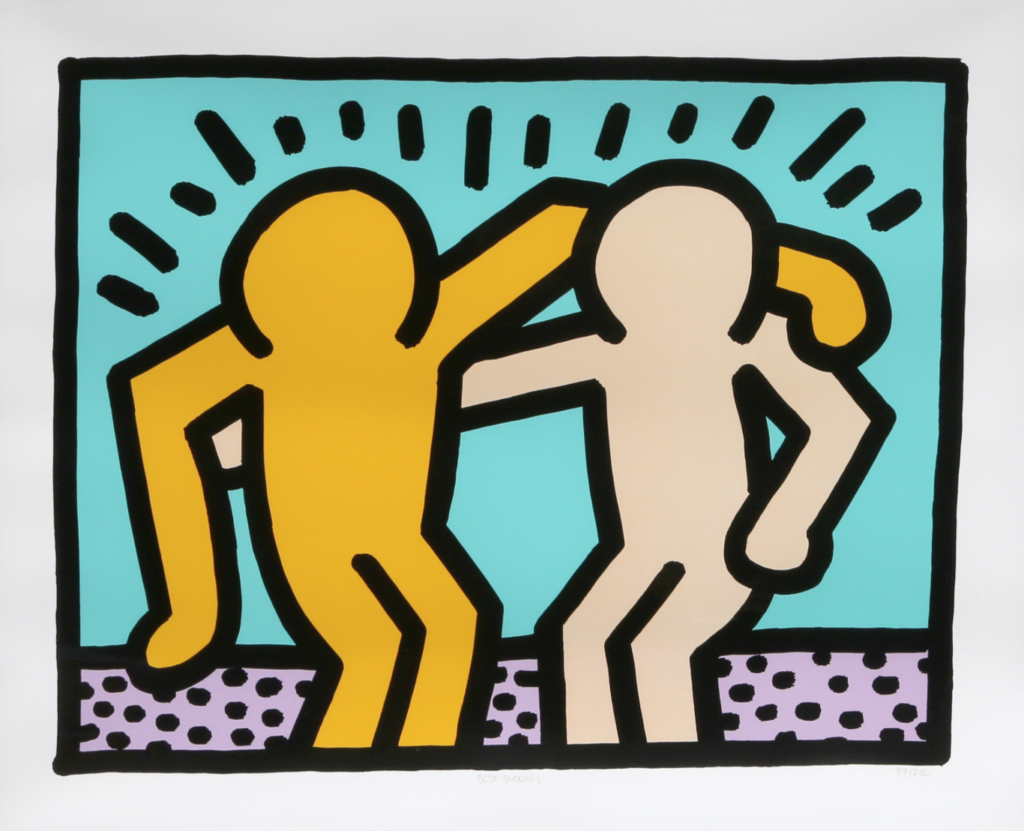