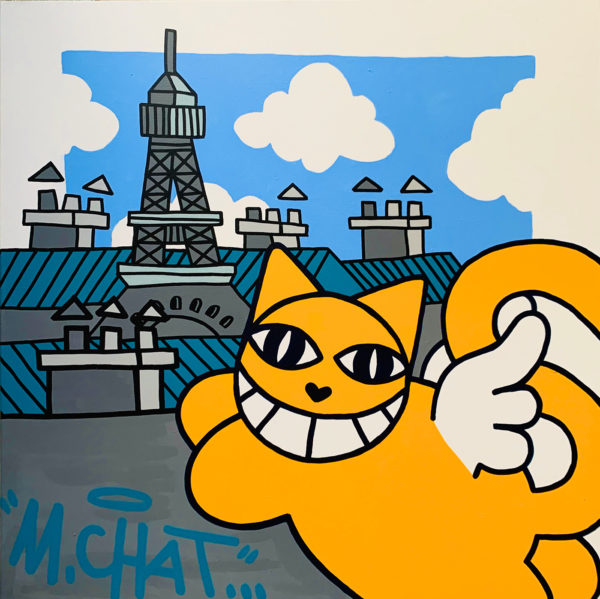 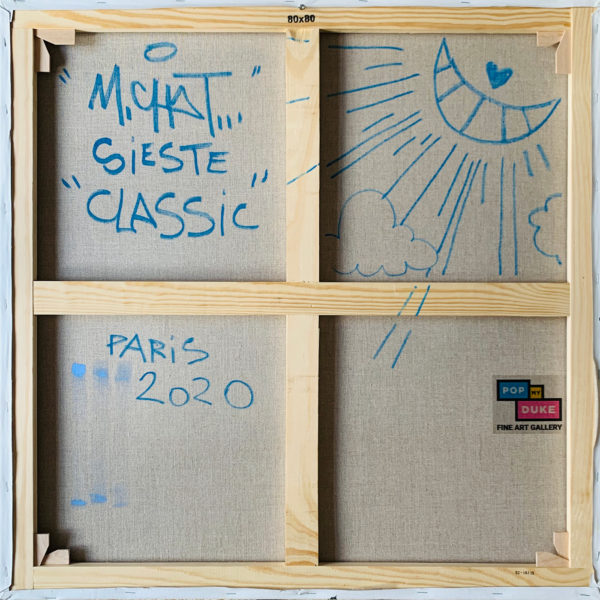 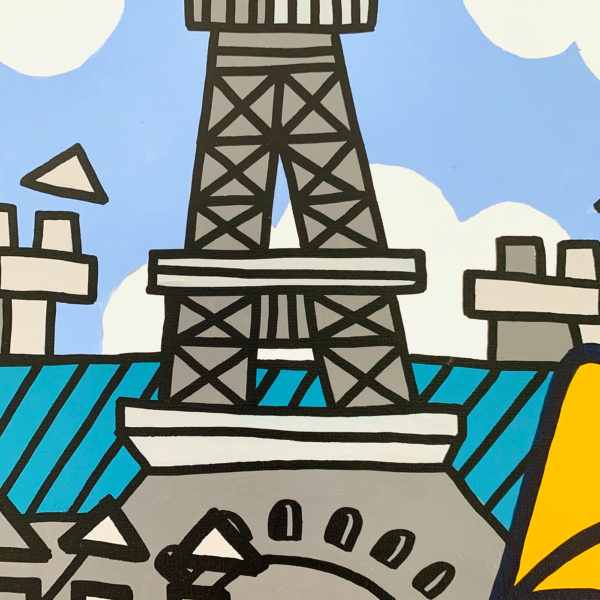 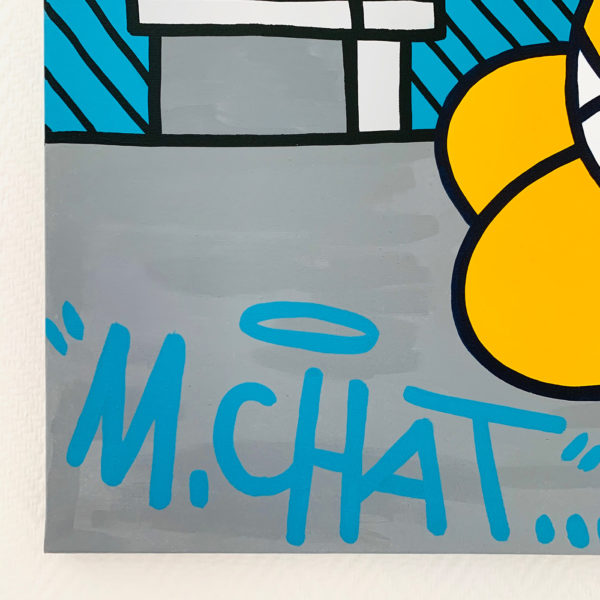 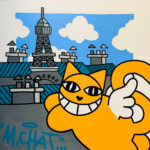 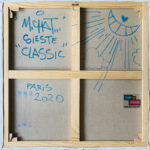 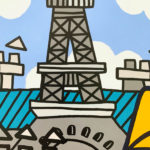 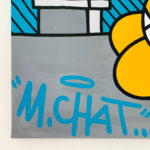 Discreet and unobtrusive, M. Chat has been working on the streets since he was 15. His anonymity was broken in 2007 when he was caught painting his famous symbol – the cat. The man behind the

Born in Boudry, in the canton of Neuchâtel, Switzerland, M. Chat began roaming the streets around 1987. He studied at the Institute of visual Arts of Orléans, graduating in 2001.

In 1997, during one of the workshops, the grinning cat was born. In his, now omnipresent symbol, the culture of the neighborhood meets the never-ending optimism of the artist, making a combination that is easily recognizable and On the first sight, the cat looks like a logo. However, it can’t be reduced to a logo, as it’s so much more than that. Belonging to street art, it’s a character with a strong identity and many variations. A character that achieves a symbolic dimension through its simplicity.

M. Chat shows no signs of slowing down. In March of 2016, he came in Hong Kong, China to paint a mural on the Hotel Jen on Queen’s Road West. The piece is 13×13 meters and is one his biggest so far. As always, he intended to bring humor and humanity to Hong Kong with his creations. Once anonymous, M. Chat was forced to reveal his identity in 2007, when he was arrested. Since then, he has come to embrace his public profile without expressing any regrets for his past actions. Looking forward instead of backward, he takes his responsibilities seriously. Being unmasked opened new doors for him, and he didn’t lose any of his energy that was originally behind the creation of the iconic Smiling Cat..