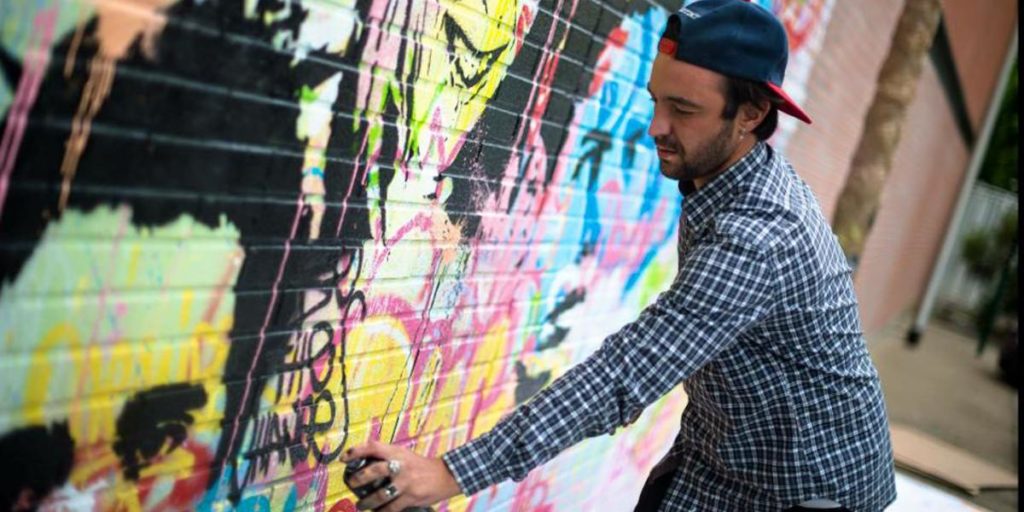 Onemizer was born in 1987 in the South of France.

He spent part of his childhood in Africa where he discovered art for the first time and watercolors. He moved back to France when he was a teenager, and discovered graffiti in the streets of Paris. The Paris metro and the highways and graffiti along the Parisian freeways were his museums. Later he started to paint in wastelands and in abandoned warehouses and little by little he perfected his technique.

After high school, he started to study art in a design school, but decided to rather continue teaching himself. Little by little, he started to paint on canvas, and to show his work in luxury hotels, restaurants or bars.

Onemizer had his first exhibitions in Bordeaux and in Paris. He came a long way since the debut of his career, and his work is shown today in numerous international galleries (Paris, Courchevel, Megève, Cannes, Singapore, Honfleur, London, Bordeaux, Hossegor, Go Gallery in Amsterdam, Street Art Gallery in Dubai, Barbizon…).

He has worked with one hundred other international artists to produce the biggest graffiti on canvas in Dubai in November 2014, which has been validated and appears in the Guinness Book.

He takes inspiration from the classic pop artists such as Jean-Michel Basquiat, Andy Warhol… from his daily life, his surroundings, and from the street art scene. He likes to work on lettering, to revisit portraits of personnalities or objects that have marked history or his personal history. Over time, Onemizer developed a wide range of different styles, combining graffiti, tags, drippings and especially a multitude of colors.

He uses a wide range of techniques: spray paint, stencils, drawings, posca, brushes, ink, and sometimes even directly his hands. Onemizer constantly renews his art, likes to change techniques and supports… The visual impact and the clash of colors make each of his paintings more interesting than the last. 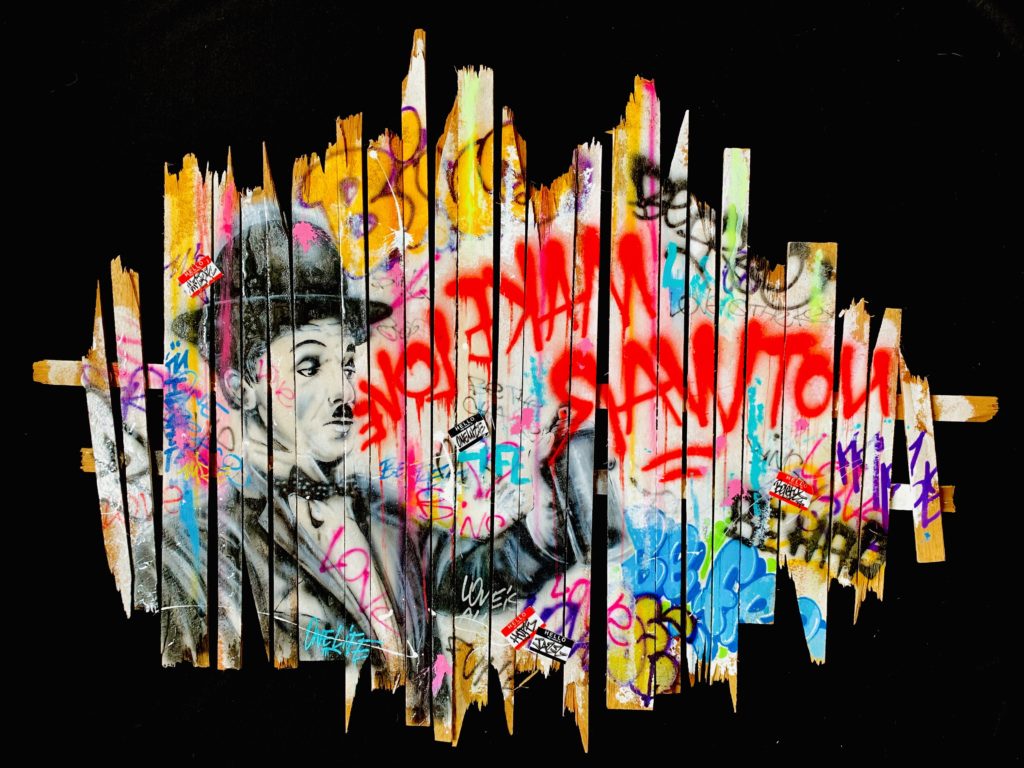 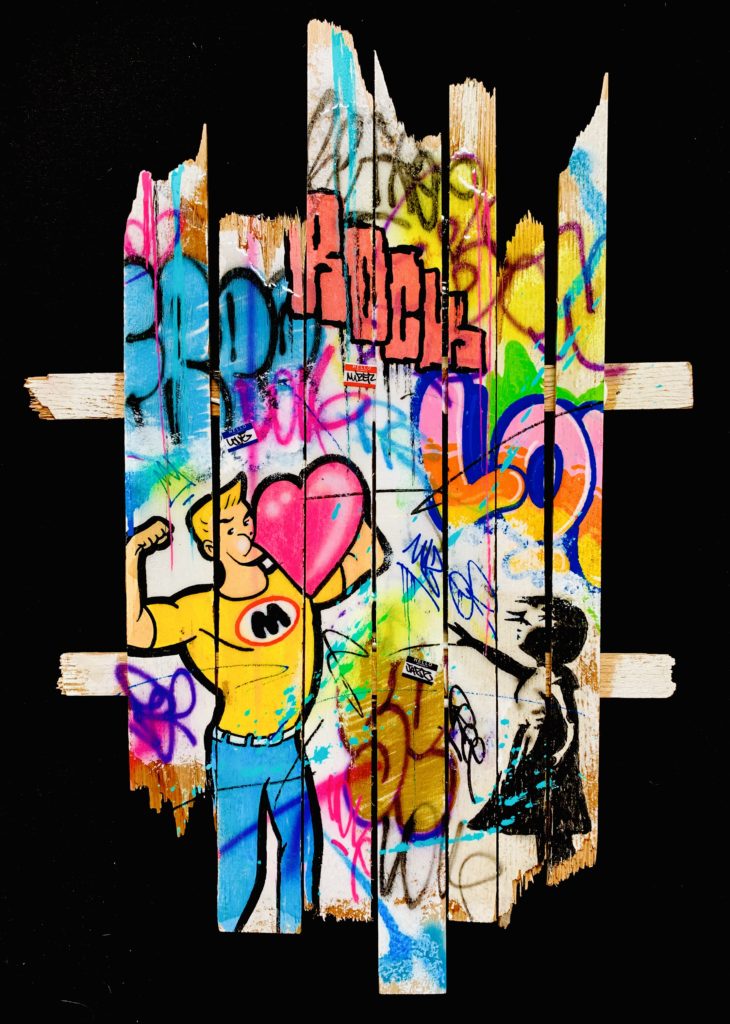 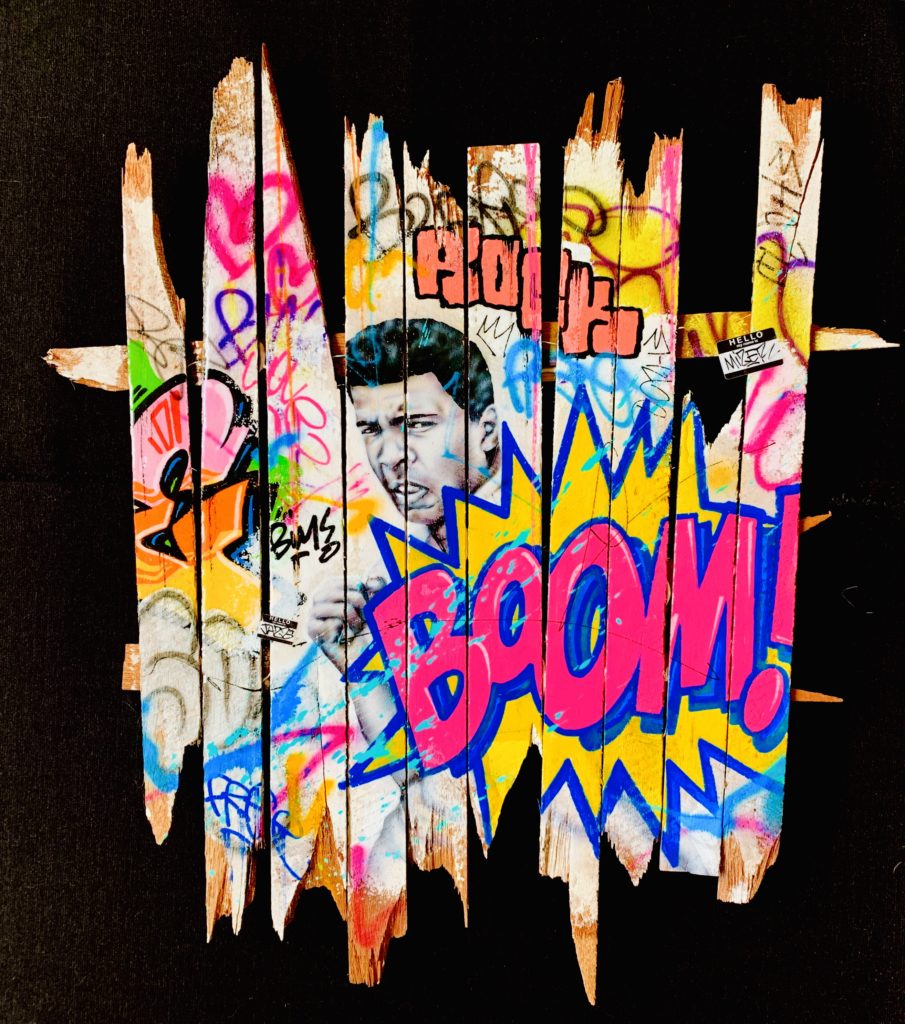 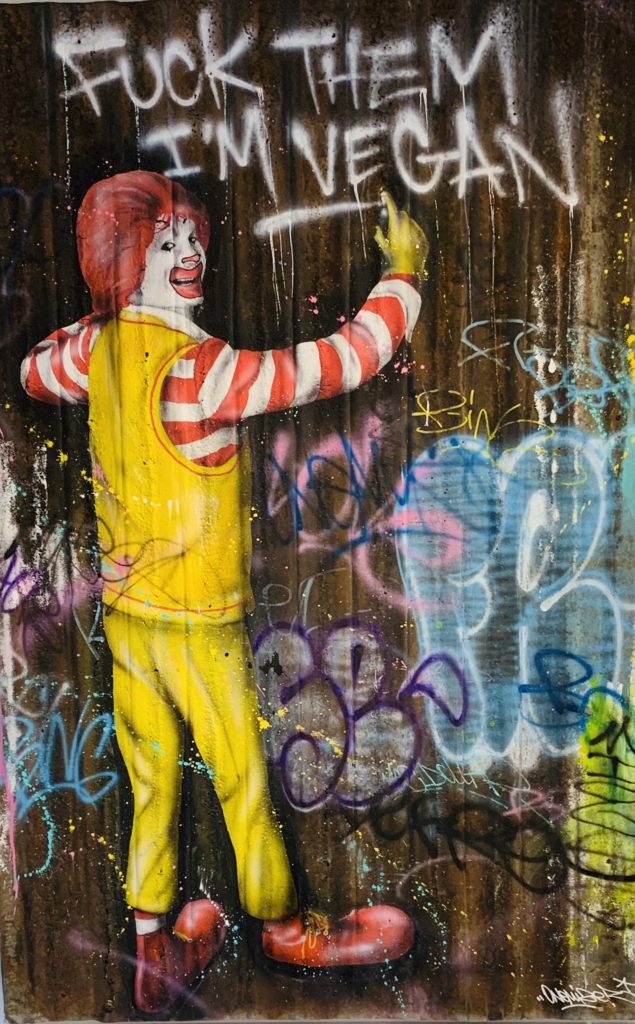