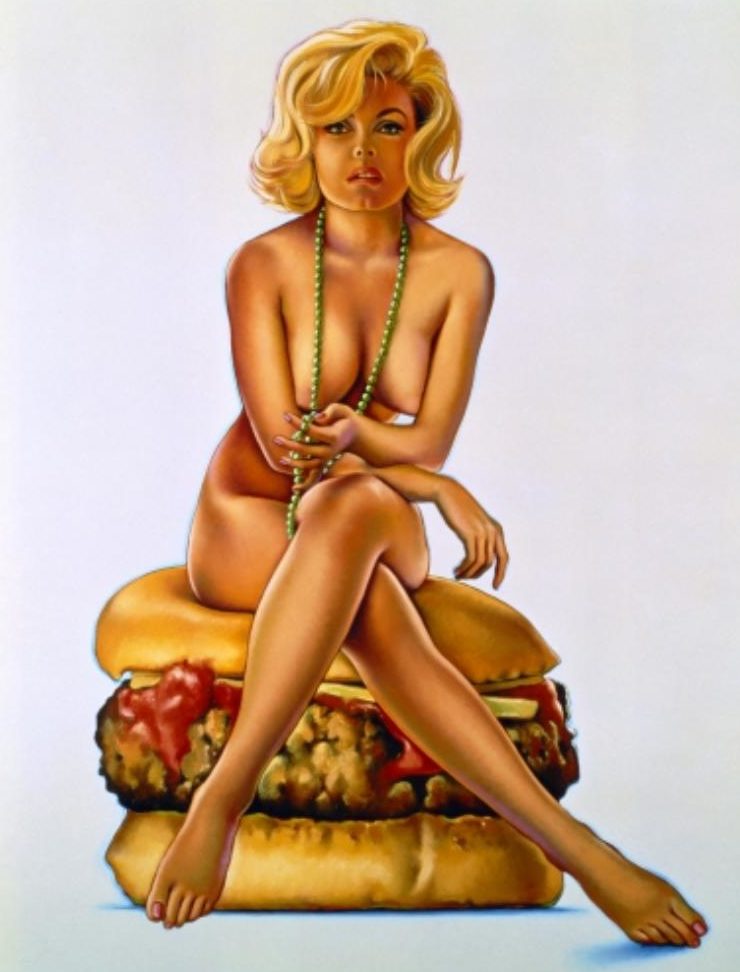 Born on July 24, 1935 in Sacramento, Mel Ramos began his artistic studies in his hometown in 1953. His first exhibition was held at the David Stuart Gallery in 1965 and he also had shows in Europe starting from 1971. The Oakland Museum in California organized his first retrospective exhibition in 1977.

Mel Ramos’s painting is clearly inscribed in the Pop’Art movement. As Roy Lichtenstein, he is inspired at the beginning of his career by American comics, by the Batman or Flash Gordon logos. Pin-ups are also a recurring theme in his work and he chooses to illustrate them by figures that are isolated on backgrounds represented by brand logos. From 1970 on, he hijacks classics of art history as Edward Manet’s Olympia or Jacques-Louis David’s « Amour et Psyché ».

His work is present in more than thirty public collections, including the Smithsonian Institution in Washington, the Guggenheim and the MoMA in New York or the Hamburger Kunsthalle.

On the occasion of its 75th anniversary and of the anniversary of 50 years of Pop-Art, he had a major retrospective exhibition at the Albertina in Vienna and at the Villa Stuck in Munich.

An artist of the diversion, refusing to provoke, Mel Ramos sees in the 60’s California an anticipation of our civilization where images are omnipresent. By multiplying the representation of the female body without any sexual connotations but in the context of hijacked ads, Mel Ramos illustrates the derisory side of icons and symbols of the consumerist « religion ». (which sets him apart within the pop movement). This way, he also questions the true-false values that advertising and Hollywood put forward, starting with the emancipation of women. Focusing on the female figure and its natural side, he contributed to the contemporary evolution of the nude. 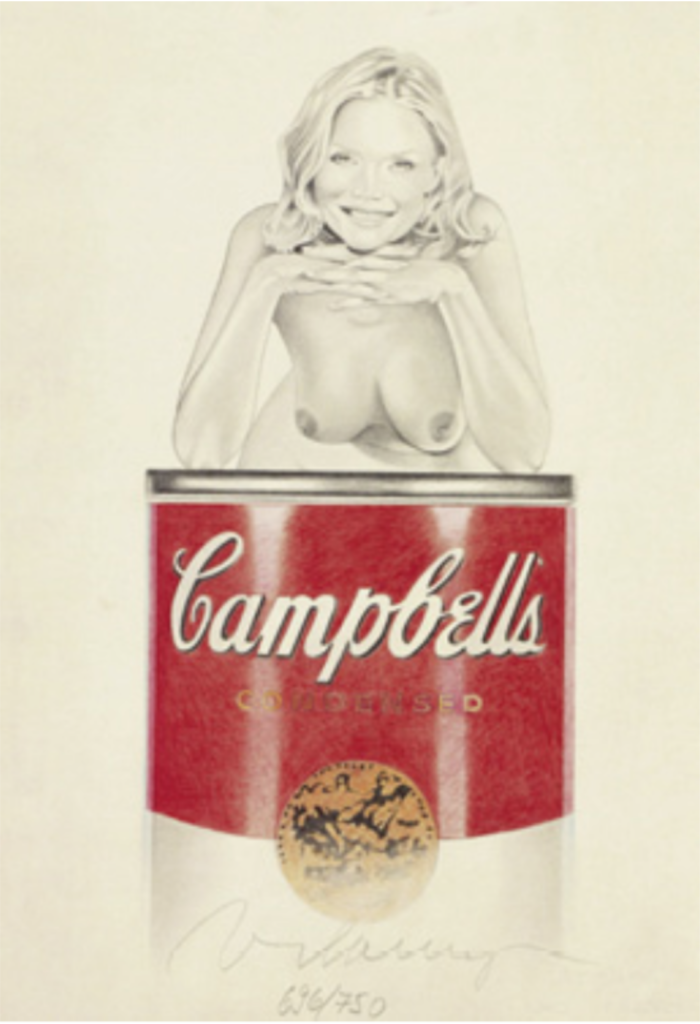 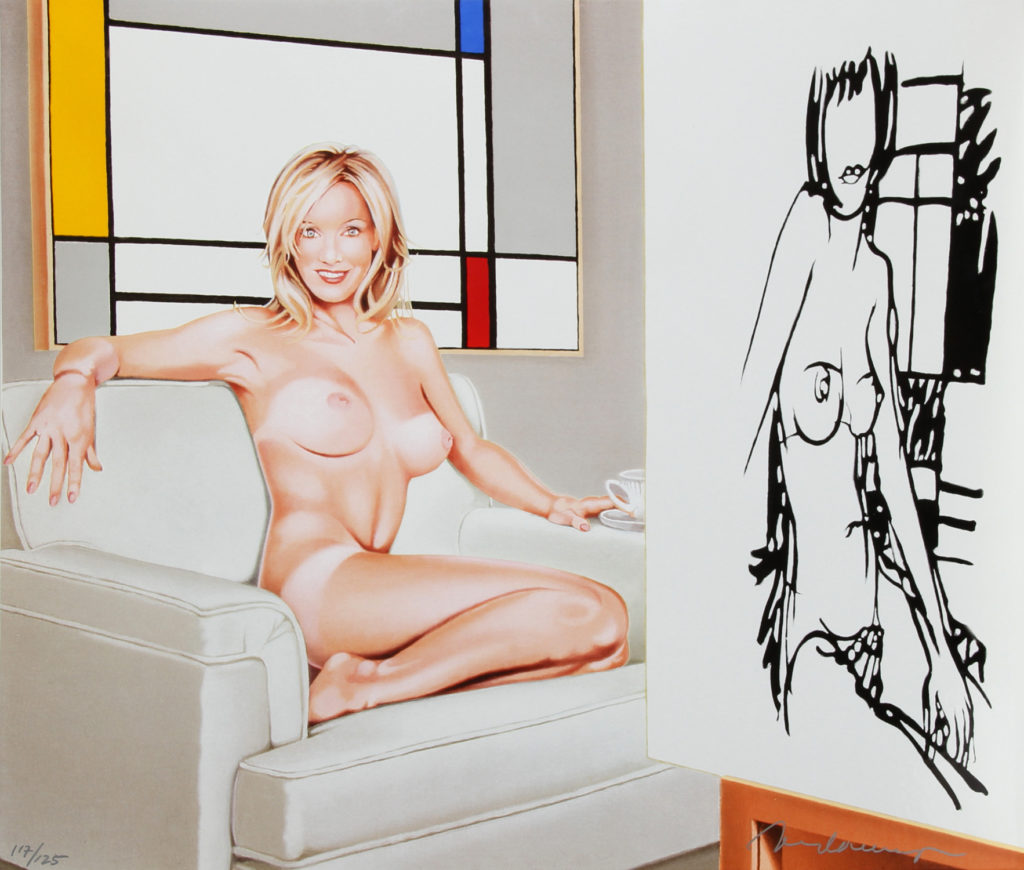 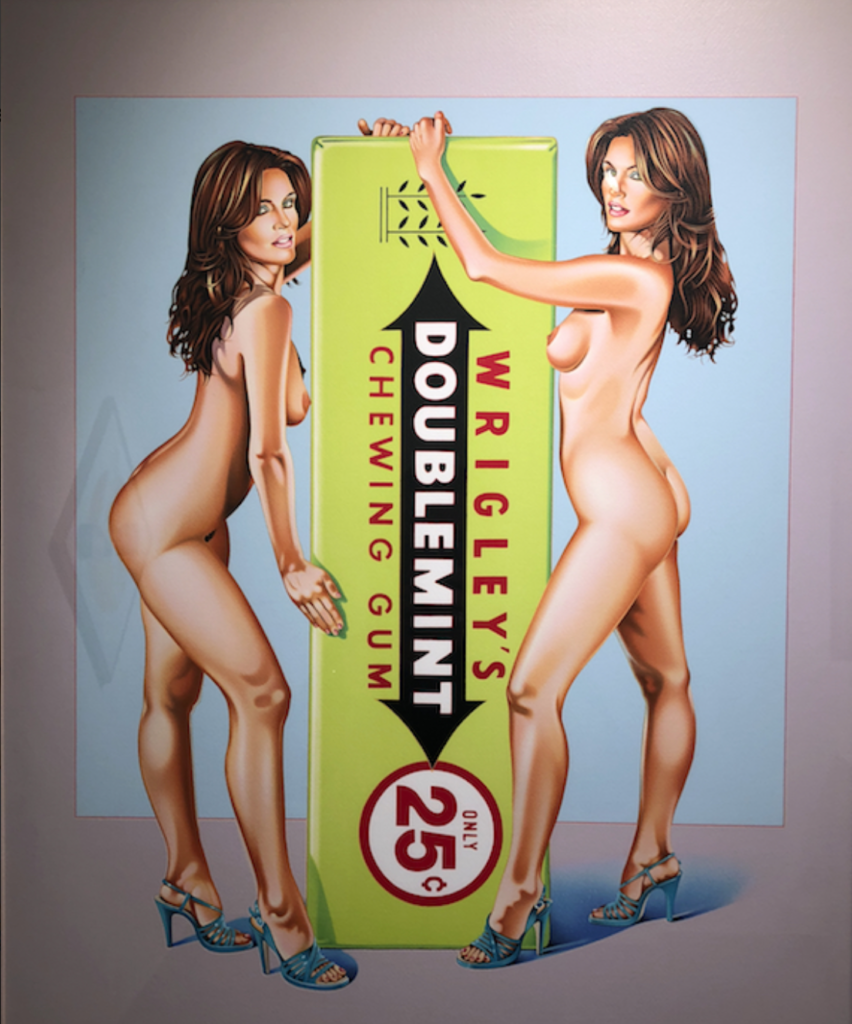